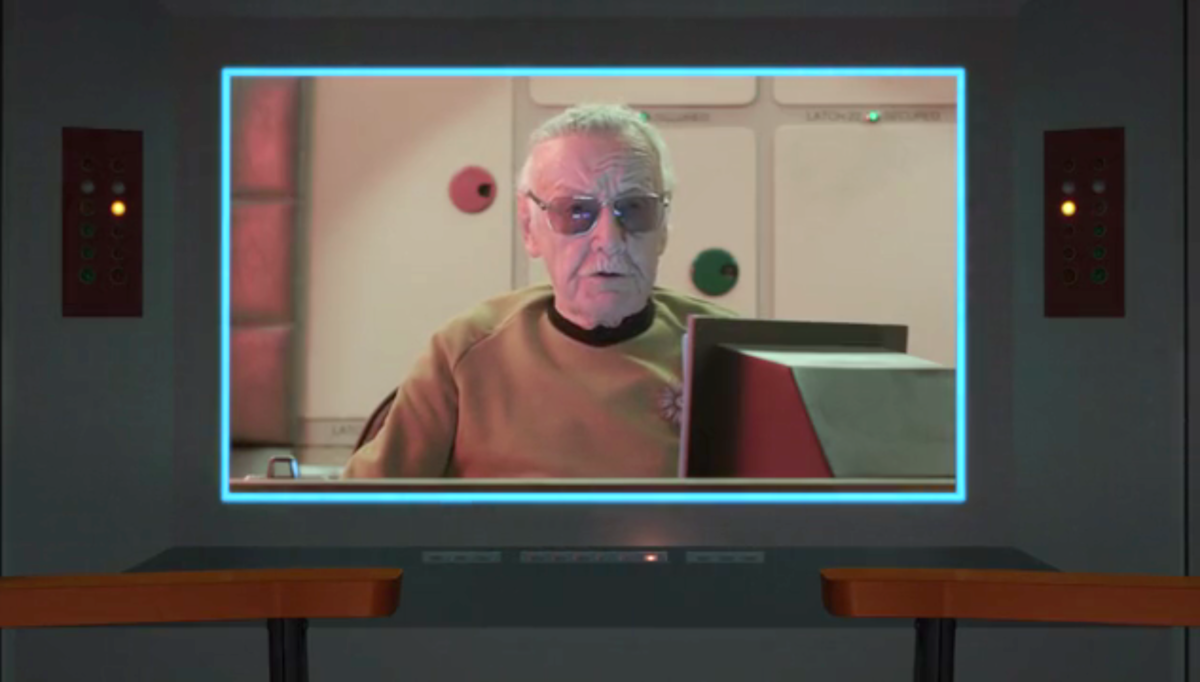 No one lives forever.

But for a brief flicker of precious time on this planet, it seemed like STAN LEE just might.  He was only seven weeks short of his 96th birthday when he passed away on Monday.  But almost until the last moment, Stan would make cameo appearances in nearly all of the MARVEL Cinematic Universe movies.  While flying back from Atlanta last week, I watched Avengers: Infinity War once again, and there was Stan, driving Peter Parker and his high school classmates to a field trip on Coney Island.  It was a fun and amusing reminder of the guy we all have to thank from these blockbuster films and the wondrous characters they feature.

I bought my first five comic books back in 1979, three of them with the words “STAN LEE PRESENTS…” written just above the title.  To a young Jonathan growing up in the 1970s and 1980s, Stan Lee WAS comic books.  Oh, sure, names like John Byrne and Chris Clamemont, Roger Stern, Roy Thomas, Jim Shooter, George Perez, Frank Miller, Alan Moore…they were super-exciting, too.  But “STAN LEE PRESENTS…” was right up there above all their names on every Marvel comic book that I’d pay my 35 cents to buy.  (Yep, that’s what they cost when I started!)

The list of characters that Stan Lee created or co-created is massive.  You can see them all here.  (Seriously, go check out that link.  You’ll be amazed.)

But what’s uncanny to me is how many of these characters were created day after day, week after week, month after month…all while Stan was just doing  his job at Marvel Comics.

Think about that for second.

Characters with some of the most original powers and most compelling origins and alter-egos were just rattled off, one after the other, with no fanfare, no renown…just a weekly paycheck.  That’s all there was for Stan back in the 1960s when he thought up a character who could blast force beams from his eyes but couldn’t risk opening them without protection for fear of causing death and destruction…a character who could only keep his heart beating by climbing into a golden suit of iron armor…a character who was a crippled doctor but could turn into the god of thunder…a character who was blind but had other enhanced senses and had no fear as he fought crime…a character who, by uttering a single one-syllable whisper, could level a city….a character who could read and control people’s minds but who was trapped in a wheelchair (and his nemesis who could control anything metal)…a puny scientist who couldn’t risk getting angry or agitated for fear of becoming a rampaging monster…and of course, a wimpy high school science nerd who can suddenly cling to walls, lift cars, and sense danger.

The list goes on and on and on.  Some of the greatest characters in fantasy literature were thought up casually, with other creators over coffee and donuts in midtown Manhattan in the 1960s.  It was just their job.  Week after week, month after month, year after year, Stan would churn out some of the most amazing comic book stories that kids (and adults!) had ever seen.

But unlike today, no one thought much of anything about it.  Stan and his fellow creators were taken entirely for granted.  No one retained any ownership or got any royalties for what they created and produced.  Why would they?  These were just superhero stories for kids printed on newspaper stock.

And yet, they were so much more.

Think of the types of villains Spider-Man fought…many of them based on other animals like a Lizard, a Rhino, a Vulture, a Scorpion, or a hunter of animals.  Can you imagine the Fantastic Four taking on such “silly” animal villains?  Of course not.  They were fighting cosmic-powered foes like Galactus or rulers of a country like Doctor Doom.  Thor battled gods and mythical creatures or super-powerful strongmen.  Doctor Strange fought mystical menaces like Nightmare and the Dread Dormammu (man, even the names are so awesome!).  Daredevil fought less powerful, street-level punks.  The X-Men prptected mankind from evil mutants with the strangest powers you could imagine.

Each hero had his or her or their own rogues gallery, tailor-made to the hero’s unique set of powers and abilities.  In future years, other writers (and even Stan himself) got to play mix-and-match with all of these creations.  But first, they all needed to actually be created.  And that was Stan Lee.

He gave us so much…so very, very much.  While some writers are hard-pressed to think up even one new character, Stan was giving us new multiple characters EACH month!  And the stories weren’t just fists and blasts and shields and magic spells.  Their was drama, romance, triumph and tragedy, and real-world problems facing real-world characters who laughed and cried and worked and struggled.  Stan we showing us our lives if the world were actually filled with super powered heroes and villains.

And can you believe it…he was writing, editing and art directing all these different comic books SIMULTANEOUSLY for nearly a decade!  He plotted the books with the artists, then they would go off and draw the pages.  Once finished, Stan would add word balloons and captions.  This became known as the Marvel Method.

At the same time, Stan was ALSO writing most or even all of the letter columns AND his monthly “Stan’s Soapbox” updates.  He made sure that ALL of the creators were talked about.  Before him, comic books used to only show the writer and artist.  Stan changed the splash pages to include inkers, letterers, and colorists.  This was not a man seeking individual fame and glory.  Stan was humble and only too happy to share the spotlight.

And now, Stan Lee has left us, and I am saddened beyond words’ ability to convey.  But his many, many creations live on…on paper, on our computer screens and televisions, in movie theaters, on amusement park rides, in books and novels, and in our hearts.

These character still fill my imagination and that of my son.  For Halloween, Jayden wanted to be Daredevil.  So it was Stan who made these photos (and many more like them) of Jayden from last month’s L.A. Comic Con possible… 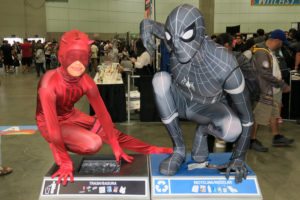 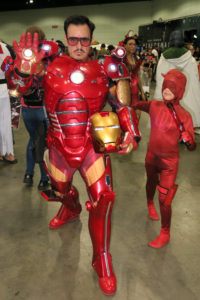 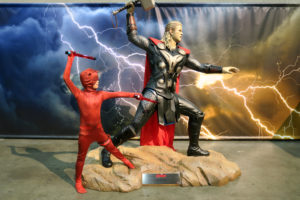 And for that, Stan has given me, Jayden, and the entire world a gift that we can never repay.

So no, unfortunately, no one lives forever…at least not in the real world.  But through his amazing, uncanny, invincible, astonishing, mighty, and incredible creations, a piece of Stan Lee will always be with us.