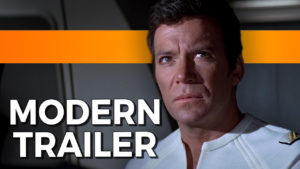 It’s amazing how much movie trailers have changed in the last few decades!

Three months ago, I shared a link to a fan video from 2016 that featured a modern take on the trailer for STAR TREK II: THE WRATH OF KHAN.  The updated trailer was created by  JONATHAN WORMAN, a talented video editor based in Toronto, Canada who has worked on commercials, music videos, shorts, and documentaries over the past eight years.  Posting under the name “Orange Band,” Jonathan’s Wrath of Khan trailer has already garnered more than 100,000 views on YouTube.

Then, last month, Jonathan Worman did it again!  This time, he tackled STAR TREK: THE MOTION PICTURE.  And…wow!  Considering how relatively slow the pacing was for the first Trek feature film (I still think it’s a good movie…just slow), this new and updated trailer makes the film look like a real thrill ride!

As with the modern Khan trailer, I can only imagine the excitement from fandom had this been the trailer released in 1979.  (That said, we were all still pretty ecstatic anyway when The Motion Picture premiered—our first new live-action Star Trek in over a decade!)

And while the Khan trailer has taken nearly a year to reach 100K, this Motion Picture trailer has already surpassed that total Modern Trailerin just five weeks!  (Amazing what happens when a video goes viral.)  So take a look at what all the excitement’s about…

And for comparison, here’s what the original 1979 trailer looked like…quite a difference! 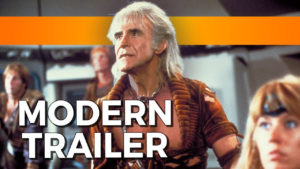