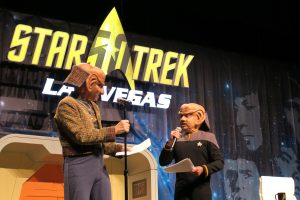 But fans came through.  In a month-long sprint, Aron and Malissa were able to raise over $10,000 from hundreds of loving supporters (including $30 from yours truly) via a GoFundMe campaign.  The $10,000 would help Aron and his donor meet expenses for those three months.  The rest would go to charity.

Seeing Aron on stage in his “Nog” make-up (along with fellow DS9 semi-regular Max Grodénchik in his “Rom” make-up), I stood in line to ask him a question: “Aron, I just want to say that we’re all so happy the surgery went well, and you look fantastic.  How are you and your donor doing?”  My friend in the audience, David, hearing that I’d just asked a question, got out his camera phone to film the rest.  What followed was a very sincere, emotional, and beautiful moment that became of of my highlights of Day Two of the Las Vegas con…

Here are some other photo highlights from Day Two: 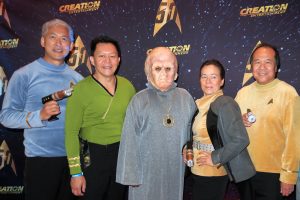 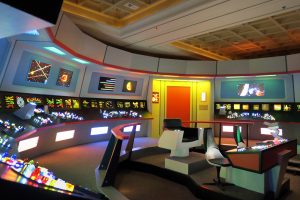 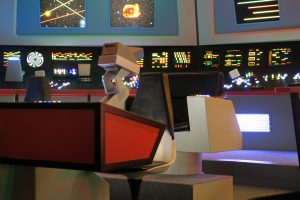 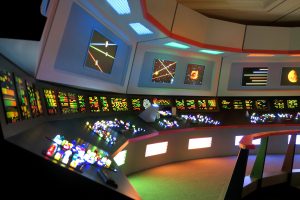