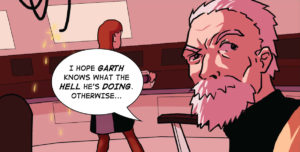 Last month, I presented an interview with uber-AXANAR fan TREY McELWAIN, who was planning to release a 4-page (including cover) Axanar comic book.  The cover itself was already completed, and Trey told me that his artist (and personal friend) DANIEL FU was working feverishly on the artwork.

Apparently, “feverishly” was indeed the adverb to use, as it is less than a month later and the comic book is now finished!  It debuted earlier today in various places on the Internet (it’s a free comic, after all), and I’ve been allowed to feature it here on Fan Film Factor, as well.

Trey greatly enjoyed the creative process, and he told me that he’d really like to produce more comic stories and adaptations of Axanar:

I am not sure what the future holds for “Trey’s AxaComics.” My hope, my dream, is to continue on, and get the Parts 1 and 2 out.

“Trial By Fire,” which I’ve just released, would actually be Part 3, with the Ares going up against the D6.  Parts 1 and 2 are going to cover the Klingon Invasion, and the construction of the Ares.

And then when we all get to see Episodes 4 and 5 from Alec, I’d like to follow suit and continue on with the adaptation process! One thing is for sure though, this entire experience has been a blast, and I am thrilled to share it with everyone!

I’ve included lower-resolution images of the pages below.  But if you’d like to see the artwork in beautiful higher resolution, feel free to download and view this Axanar Comic PDF file. 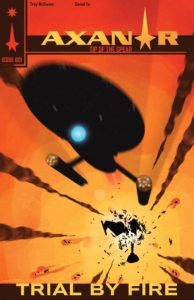 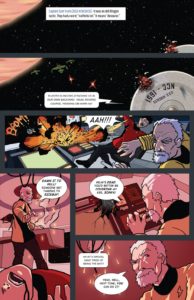 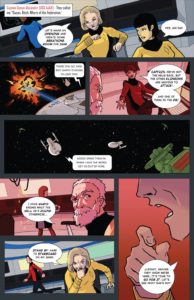 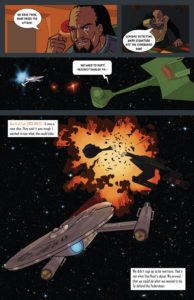