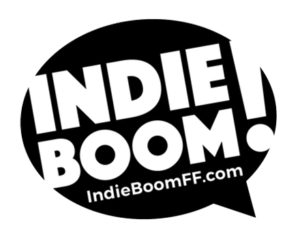 Yesterday, I told you about how some independent film festivals are beginning to add a new category specifically for FAN FILMS.  The Berlin Sci-Fi Filmfest has already completed its entry period.  But there’s still a week and a half left to enter the New York-based IndieBOOM! film festival for a chance to win that $500 cash prize.

Created by the team at the award-winning Art of Brooklyn Film Festival, IndieBOOM! is for filmmakers and short-form content creators working everywhere, in all genre categories. There are no restrictions on completion date, as long as the films run no longer than 40 minutes.  So a Star Trek fan film that’s already been out for a few years is still eligible as long as it’s shorter than 40 minutes.

Here’s the description for their Fan Film category:

Are you a super-fan who has created an amazing “trailer” for the superhero (or super villain) film you wish existed, a lightsaber battle set in a galaxy far, far away… or a film that dares to trek where no-one has gone before? Or maybe you made a film about one ring that rules them all. Whatever your fandom, we want to see your fan film!

IndieBOOM!’s official selections will be chosen by a panel of industry professionals: critics, producers, writers, directors and actors.

It’s also an interactive festival. IndieBOOM will give entrants tools to help them promote their films to their networks and increase their fan-base. The most-viewed film in each category (Comedy, Sci-Fi, Documentary, Fan Film, etc.) wins an award.

“Ah, I know that trick!” I can hear you say.  Just get a bunch of friends to keep refreshing their browsers a few thousand times, and you’ll win.  Bah, humbug!”

Well, not this time.  IndieBOOM! will keep track of total views and also overall time viewed for each selection. (So just refreshing a web page over and over won’t help you win.)
​
Their jury of industry professionals will acknowledge a single standout film with a special Jury Prize, regardless of the views/votes.  ​All winning selections will get a one year non-exclusive streaming contract on Brooklyn On Demand (which is carried on Roku to a worldwide audience and already has 16,000 subscribers).

And the selection (from all the categories together) with the most views overall wins the Fan Favorite Award—and a $500 cash prize!

So what are you waiting for?  (Well, assuming you’ve produced a fan film, that is!)  The submission deadline is November 3, 2017.