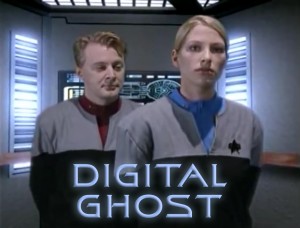 Many followers of fan films consider the “Modern Age of Fan Films” to have started in 1997 when the 10-minute Star Wars mocumentary Troops premiered at the San Diego Comic Con.  A professional-looking parody of the reality TV show “Cops,” this fresh and creative short film entertained and amazed fans with a brilliantly-written, hysterical look at a day in the life of a garrison of Stormtroopers on Tatooine. 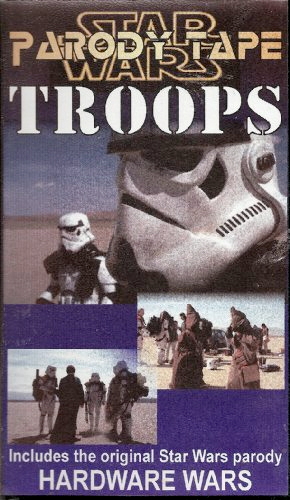 But despite the enthusiastic reception that fans gave to Troops, fan films didn’t exactly spread like wildfire.  There weren’t hundreds of them posted on YouTube like there are today (mostly because Youtube wouldn’t even debut until 2005).  Indeed, back in those days, if you wanted to see a copy of a film like Troops, you had to buy a pirated VHS videotape from some dealer at a con!

So yes, the Star Wars franchise was first out of the gate for modern fan films, and it would take another three years for Trekkers to catch up.  And they did when a fan series called Hidden Frontier debuted in 2000… and I’ll be discussing that series in another upcoming blog article.  But this week, I want to focus on a fan film that debuted in May of that same year: Digital Ghost.

Even if you’re familiar with Trek fan films, you’ve probably never even heard of this one (and kudos to you if you have!).  There’s a few reasons for this.  First of all, unlike Hidden Frontier and many of the fan series that followed, Digital Ghost was just a one-shot with no additional episodes.  It was never mass-distributed online through mirrored website hosts containing digital video files free for download.  Oh, and Digital Ghost was entirely in German.

Oh, those Germans do love their Star Trek!  In fact, one of the world’s largest Star Trek conventions, FedCon, takes place each year in Germany and attracts thousands of Trekkers from around the world.  Back in the 1990s, a young CGI artist from Cologne, Germany used to make cool starship animation videos that were shown at the opening ceremonies of FedCon.  Fans looked forward excitedly each year to see what new, dazzling FX shots this guy and his company would come up with, and within a few years, there would regularly be thousands of people sitting in the main auditorium cheering these space ships flying across the screen.

The “CGI guy” I’m referring to is actually someone you may have heard of: Tobias Richter of The Light Works – yep, the same Tobias Richter who created the jaw-dropping VFX for Prelude to Axanar and the first scene on Vulcan for the full Axanar feature.  He’s also done amazing work on such fan films as Star Trek: New Voyages and Star Trek: Renegades.

Back in the 1990s, Tobias and his 8-person company created the graphics for a number of video games and music videos.  In mid 1999, the company that produced the music videos, along with The Light Works, wanted to try something new involving the use of green screens to create virtual sets behind actors.  The two companies decided to partner up to do a mini-Star Trek episode.  The music video company was responsible for script, actors, music, and filming.  The Light Works handled all the space VFX, the digital sets, and the green screen integration.

Of course, nothing is free, so Tobias approached his contacts at FedCon to sponsor the film, promising to have it ready to show by the time of their convention in May of 2000.  The script was tweaked slightly to add a reference to FedCon 8 at the end (which is a little hokey when you see it, but hey, it paid the bills!).

Tobias remembers the project: “We shot the actors in two days in a small studio near Luxemburg.  I remember our two main actors very well.  Erich was a German who lived in England and has appeared in a lot of very high profile movies, including Saving Private Ryan and, more recently, Rush and Captain America.  Kerstin actually was one of the first bunch of people who went into the Big Brother house on German TV.  I remember that she just got the notice from the production company a few days prior to our shooting and was very excited about it.

“I think we filmed sometime during autumn or winter, and then had around 4-5 months of post production.  During that time, we had a rather huge staff at The Light Works due to other games in production.  I think we were 8 or 9 people, all involved at some point in the process. Back then, green screen was a rather new thing to us, and the tools were by far not as sophisticated as they are today.  So a lot of work and time went into each shot.  With today’s tools it would probably take just half the time to do that.  I have to say, we were all very exhausted when the production was done…and I stayed away from green screen for a very long time after that!”

During the opening Friday ceremonies of FedCon 8, about 3000 people packed into the main hall of the hotel, and they expected to see the latest starships from The Light Works flying in and out of nebulae, fighting each other, etc.  Back in those days, that kind of thing was considered to be a “fan film.”  Imagine the audience’s surprise when, instead of just seeing starships, they were suddenly watching a 20-minute story with actors playing the parts of Starfleet officers who beam from the Enterprise-E onto the new “High Class” prototype starship for tests.  This cutting-edge vessel is completely automated with no crew needed whatsoever… which, as you’d expect, quickly gets pretty creepy.  The action and intensity steadily increase as a serious problem presents itself, and by the end of the film, the viewers are nervously wondering how these two officers are going to get out of what seems like a hopeless situation.

While the VFX work in Digital Ghost palls in comparison to the triumphs that regularly come from Tobias Richter and The Light Works today, these early efforts are still quite eye-catching and innovative.  The “sets” consisted of a number of elaborate 24th century CGI backgrounds composited against the actors who were filmed against a green screen.  At one point, there’s a fun shot of two Starfleet officers floating weightless because the gravity isn’t turned on. Other effects, like the transporter, are very true to Star Trek.  There’s even a fairly impressive (for its time and even for today) CGI alien bad guy.

The audience was initially surprised and then uproariously excited to see the expected “flying starships” montage replaced by a completely fan-made Star Trek mini-episode!  The crowd went wild, and Digital Ghost was replayed again on Saturday and then on Sunday, as well.  For these FedCon 8 fans sitting in the main hall in the Maritim Hotel in Bonn, Germany, the Modern Age of Star Trek fan films had begun!

While Digital Ghost is far from the best Trek fan film ever made, I still thoroughly enjoy watching it.  The use of real actors helps, of course.  Also, there are no extraneous scenes or long log entries cluttering up the story or getting in the way of pacing.  It’s a fine example of the “less is more” approach.  And I must give high praise to the editing.  You can tell that experienced filmmakers were behind the camera.  Multiple takes from different angles give each scene the flexibility to use frequent cuts to new angles to give the film a dynamic quality.  Seldom does the camera linger in one place for more than 5 or 10 seconds max.  And as the story progresses and things get more exciting, the camera cuts speed up, the music cascades, and you find yourself on the edge of your seat.

But for me, what’s most satisfying is that Digital Ghost feels like it could have been part of an actual Next Generation episode (just completely in German with English subtitles).  Indeed, when I watch it, I imagine Riker and Troi could easily have been the two officers who beam over to the new “High Class” prototype for tests (or maybe Tom Paris and B’Elanna Torres, if you’re more into Voyager).  The completely automated starship is reminiscent of the TOS episode “The Ultimate Computer” but even more eerie.  And like any good piece of sci-fi (and especially Trek), it provides a cautionary tale that takes inspiration from our own concerns of the present day.  In this case: computer hacking.  And appropriately enough, this fan film from 15 years ago is rather prophetic in anticipating some of the threats we face today as we try to control ever-more-powerful weapons in our own military arsenal remotely or even automatically by computer.

But hey, don’t take my word for it.  See for yourself…if you’re so inclined and don’t mind reading subtitles for 20 minutes (or if you speak fluent German).  Some fans love this little stand-alone film, and for others, it’s not their cup of schnapps.   But for me, it’s a little known and seldom experienced piece of Star Trek fan film history…and an important piece at that!  And so, for any fan film aficionado, I would certainly put Digital Ghost on the “must see” list.