Sal Lizard first cast his spell on me back in 2008 when I signed up to be the Chief of Communications for STARFLEET, The International Star Trek Fan Association, Inc. At the time, Sal was serving a 3-year term as the Commander, STARFLEET (the president of a 5,000 member Trek fan organization that dates back to 1974) and he needed a person to take over publication of the club’s bi-monthly newsletter. Initially, I didn’t want to do it, but Sal talked me into it.

The most noticeable thing about Sal is how much he resembles jolly old Saint Nick…and not just at Christmas time! Sal’s hair started lightening back in high school, and by the time he got out of the Navy at the age of 26, his hair was white as fresh fallen snow. This presented a problem for a strapping young man in the dating world, as he’d try to pick up young, good-looking women in bars, and they’d take one look at his hair and say, “Hit on someone your own age, pops!” 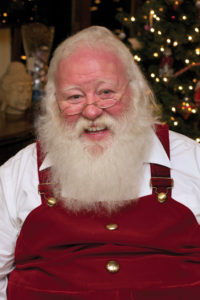 Sal also has a beard that grows at warp speed. He jokes that if he shaves at 8:00 am, he’ll have a five o’clock shadow by 9:45 am! So pretty much since his mid-twenties, Sal has looked exactly like Santa Claus. But that didn’t mean he decided to put on a red suit right then and there. No, the fateful decision to become Santa Claus wouldn’t happen for another decade.

During the first year that the two of us served on the STARFLEET fan club Executive Committee, Sal lived in New Hampshire and I was here in Los Angeles. So we didn’t see each other in person until the following summer at the 2009 STARFLEET International Conference in North Carolina that year. One night, we were sitting in the bar chatting, and I wanted to talk about something other club business (which filled the rest of the conference for us). I knew that Sal played Santa each year for children, so I asked him, “Hey, what’s the funniest thing a kid ever said to you while you were Santa?”

He didn’t even hesitate. “‘Does Santa ever spank naughty girls?'” 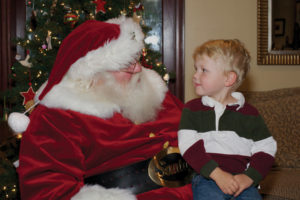 I almost did a spit-take with my drink! I had to know the rest of this story (and you can, too, if you buy the book). And yes, it was hysterical. I asked if he had any other fun stories. This began what must have been a two-hour conversation filled with dozens of Santa “encounters,” as he called them.

When he was done, I said, “Sal, you need to write a book! It’ll be like Chicken Soup for the Noel. The world HAS to read these stories!”

“Yeah, I probably should write a book,” he said. “And I’ve tried a couple of times. But I’m not really that great of a writer, and I get so busy and then don’t work on it for months or years. So it probably won’t happen.”

I later found out from Sal that lots of people would tell him to write a book, and his typical answer like the one he’d given me tended to end the conversation right then and there. 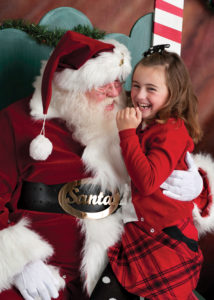 But this time, things would be different in a life-changing way for both of us…because, before I could even think about what I was saying next, I asked, “What if I wrote it for you?”

After all, how hard could it be? I could call Sal on the phone, record the conversations, then transcribe the stories into a book. Easy-peasy, right? (Man, was I naive back then!)

Sal was game. After all, what did he have to lose? Maybe a few hours on the phone telling stories…one of his favorite things to do anyway. We agreed to give it a go after getting back from the conference.

I’d never written a book before. Well, that isn’t entirely true. I wrote Starship Spotter for Pocket Books back in 2001. But that was more like a four-week sprint with Alex Rosenzweig as we feverishly tried to fill in for a writer who’d flaked after having turned in nothing usable for five months on the project. So yeah, Starship Spotter was a book, a Star Trek reference book, but this Santa Claus book was going to be more like a novel-length memoir. And instead of just writing about staships in a fictional universe, this book would be about real people in the real world. But I was ready!

Or at least I thought I was… 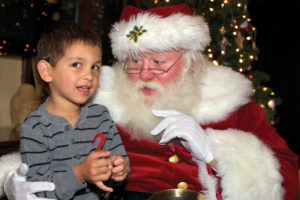 Sal and I had a few calls, and I quickly managed to type up drafts for the first three chapters. Eager for some feedback, I e-mailed a PDF to my mother. Mom has taught reading and English to kids for more than 50 years, and I figured she’d make a great editor. And of course, she’d obviously LOVE my stuff because, heck, she’s my mom, right?

She didn’t love it. And when your doting mother who puts her son up on a pedestal doesn’t love what he wrote, well, you know you wrote crap! Fortunately, Mom provided better feedback than just that…very valuable and insightful feedback. In fact, what she told me changed the entire way I approached this project.

Mom said that, as she read the chapters, she didn’t feel that she knew who Sal was, what he was thinking, or why he was doing what he did. It almost seemed as though life was happening TO him, but he wasn’t really doing much more than going along with it. 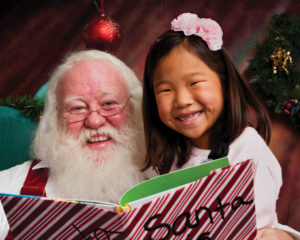 Hmmmm, that certainly wasn’t what I was going for! But then I realized what had gone wrong. There’s a difference between telling someone a story over drinks at a bar and the experience of reading an actual book. Readers want descriptions of people and places, dialog, and most of all, insights into the main character or characters through the sharing of thoughts and feelings. I had simply been talking the casual conversations we’d had and typing them up, and that was waaaaay too easy. I was going to need to do a LOT more work…and so was Sal.

We proceeded to tackle those three chapters again, this time drilling much deeper into details both external to the scenes and internal to Sal’s own mind. And much to my delight, Sal has an amazing memory!

On my end, I worked significantly harder this time to be an aware and effective writer. This was no longer just parroting the words Sal said. I added the adjectives, adverbs, prepositional phrases, and descriptive clauses (get it?) that would make these stories richer and more impactful. I used techniques I’d learned back in writing seminars during college–like avoiding the passive voice by not using the verb “to be,” which can interrupt the flow of the text. (If you read the book, you won’t see words like “was” and “were” very often.)

Most of all, I organized Sal’s recollections into carefully structured storytelling that packed an emotional punch. Usually, these were funny and happy stories, exciting and triumphant. A few were almost slapstick comedies of errors from Sal’s early days in the red suit when he hadn’t quite mastered the art of being Santa Claus yet. There were secrets that only professional Santa’s know, interesting tidbits like what does Santa do when a kid pees on his lap or how to keep yourself from stinking after sweating for ten straight hours inside a hot, velvet Santa suit wearing gloves and a hat, as well! Occasionally stories of frustration or hardship would work their way into the book, as not everything went smoothly all the time for Sal (and how he deals with adversity is one of the true defining character traits for him as a person).

But I will never forget the day my mother called me up to say, “You made your father cry. He just finished the chapter about Timothy.” My dad doesn’t cry. In my entire life, I’d only seen him cry once, and that was at the funeral of my grandfather.

Knowing that my words had affected my father so deeply was a deeply affecting moment for me, and perhaps the first time I realized how truly amazing this book could become…not just a “hey, why don’t we write a book?” little side project. (I should mention that I myself cried when I wrote that chapter about Timothy, and I still cry whenever I reread it. Sal even cried when he first told me the story over the phone.)

That said, please don’t think the book is a downer! It’s full of Christmas cheer, holiday magic, and the joy of innocence that can only come from children and those who are young at heart. If you find yourself crying (other than during the Timothy chapter), they will surely be tears of joy.

Two and a half years and 50 HOURS of recorded conversations later, we had finished an 83,000-word manuscript. But we had no idea what to do next. Self-publish? Look for an agent? We were weighing up the options for what would be best for the book- self publishing vs traditional publishing. Fortunately, the decision became a lot easier when a good friend of mine introduced me to a literary agent friend of his in New York City. He specialized in non-fiction, specifically books about sports figures. (Santa Claus is kinda an athlete himself. You try climbing up and down millions of chimneys in one night carrying a sack of toys each time!)

The agent read our manuscript over the Fourth of July weekend and called me Tuesday morning offering to represent us. (Gee, that was easy! I thought.) Two weeks later, after a short bidding war, our agent had managed to sell the U.S. publishing rights for our manuscript to Gotham Books, a division of Penguin Publishing, for a somewhat jaw-dropping advance (well, jaw-dropping for Sal and me).

Our book, Being Santa Claus, was first published in November of 2012, and it got some hoopla. Santa Sal even appeared on The TODAY Show with Matt Lauer. Now, however, it’s four years later, and the book is mostly out of print. But you can still get it on Amazon for a very attractive bargain price.

Please note that I’m not hocking the book to line my or Sal’s pockets. Now that the book is out of print, we don’t get any royalties anymore. I’m just trying to spread the holiday spirit because there seems to be precious little of it these days…and I think we all need a little Christmas now more than ever!

Hopefully, this book will help you and/or someone you love capture just a little extra bit of that Santa Claus magic.

Here’s a direct link to BEING SANTA CLAUS on Amazon.com.

2 thoughts on “The PERFECT stocking stuffer for CHRISTMAS – and SANTA’S even a TREKKIE!”