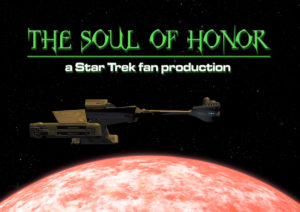 A bright and happy Q’Plah to everyone in fan film land!  The BATTLECRUISER KUPOK production crew from POTEMKIN PICTURES has just released the fourth fan film to feature the warrior crew from that honorable warship (pronounced “kuh-POOK”).

This time, there’s a wedding happening, and you’re invited.  But don’t start drinking the bloodwine just yet.  This wedding has some surprises in store.

And now, you are cordially invited to view their latest offering, “The Soul of Honor”…