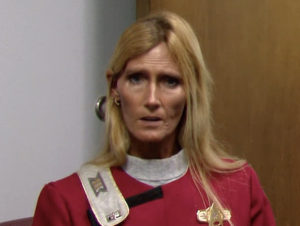 POTEMKIN PICTURES holds a truly unique distinction in the world of Star Trek fan films.  After several years of producing three dozen episodes of the fan series Project: Potemkin, the production company branched out to launch additional fan series: Starship Deimos, Starship Tristan, and Battlecruiser Kupok.  And this past July, the first episode premiered focusing on the crew of the USS Endeavour.

Overseeing these various series is RANDALL LANDERS, who began shooting Project: Potemkin back in 2010 in Albany, Georgia (here’s a great interview with him) and then moved to Pelham, Alabama, where he currently lives.  Randy serves as executive producer and edits just about all of the episodes.  He also directs some of the episodes, provides the occasional story and/or script, sound effects, and even makes the rare appearance in front of the camera.

Randy and his team are a fan film-making MACHINE!  For years, there was something new released from Potemkin Pictures at least once every month or two!  But things have slowed down recently.  Their last offering, an episode of the Klingon-based series Battlecruiser Kupok, was released at the end of August.   In the three and a half months since, we’ve seen nothing from any of the Potemkin series.

Then, late last week, there was a fan film release from a brand new Potemkin Pictures production crew: TRITON.  With the fan film guidelines now nixing ongoing fan series, this new offering is not called Starship Triton but rather is simply credited to the “Triton Production Crew.”  But one would assume that, like the other series, it will focus on the missions and crew of a single starship.

While most Trek fan films are set in TOS, TNG, or NX-01 periods, all of the Potemkin Pictures series (I mean “production crew projects”) are set in a time after Star Trek VI and before TNG.  This latest production focuses on Commander Janice Rand, recently reassigned from the USS Excelsior where she served with Captain Sulu.  Somewhat unavoidably—considering where the new series is filmed (Alabama)—Rand has developed a distinctive southern drawl.  But if you can get past that, this looks like a promising new fan series…even if we can’t call it a fan series.

You can access the entire nearly FIVE DOZEN fan films released thus far by Potemkin Pictures at their website.

And here is the first offering from the Triton Production Crew: “New Orders”…