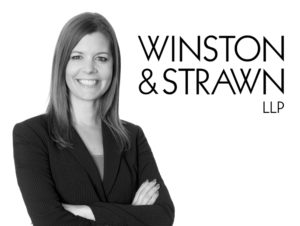 Right after the settlement in the AXANAR lawsuit was announced, rumors were flying that the reason for this unexpected development was because the Court had lifted the confidentiality designation on Alec Peters’ financials.  According to some detractors (well, most of them), Alec suddenly panicked that the jig was up and hastily rushed to settle so as not to let those financials become public.

You know me and rumors, right?

So I e-mailed Axanar lead defense attorney, Erin Ranahan, to see if these rumors were true or not.  And she gave me a surprising answer.  And then I asked her a few other quick questions, and she answered those, too.  “Geez, if only I could get an official interview with you!” I e-mailed back to her.

A few seconds later, she responded: “Send me a list of questions and I’ll let you know which I can answer.”

Whoa!  Did Erin just agree to do an interview with Fan Film Factor???  I didn’t even know that lawyers in big cases like these were allowed to give full interviews.  Usually, all I see are quick sound bytes that don’t really say much.

And so I put together a list of questions, and Erin actually answered most of them.  The couple that she didn’t dealt with items like the specific terms of the settlement, which are confidential.

So, is that rumor about Alec’s financials true?  Read on…