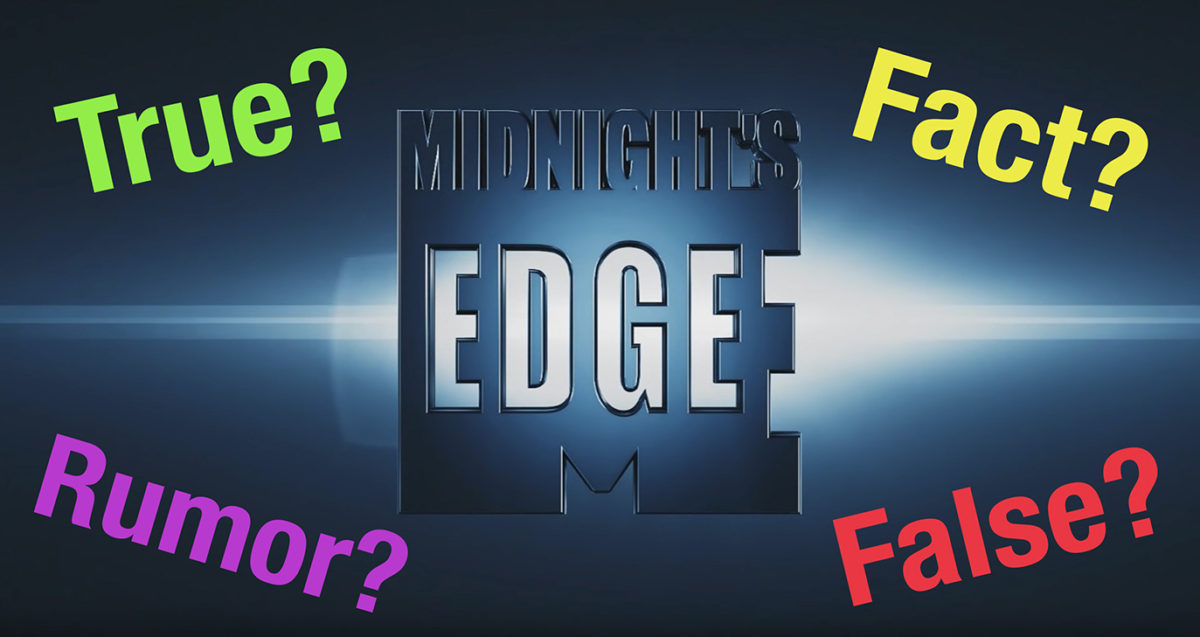 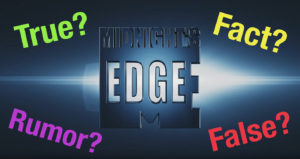 Last week, I published a blog about the MIDNIGHT’S EDGE tabloid-style reporting on Star Trek…and the controversy it often triggers among fans.  I myself am more than somewhat conflicted when it comes to this video series and the content it presents online.

I also reported last week that the Fan Film Forum Facebook group was being polled to see whether members wanted to ban all postings providing links to Midnight’s Edge videos because such postings tended to rile up many fans on both sides of the Discovery/CBS fence (supporters and detractors) and result in rancorous commentary.

After a week of voting, the polls closed last night with a final tally of 21 votes to ban and 40 votes not to ban.  So by a margin of 2-to-1, there will be NO censorship of Midnight’s Edge on Fan Film Forum.

I have to say, I am very relieved.  I’m not comfortable with censorship of anything that isn’t rude and crude, insulting, or patently false.  And as I said, Midnight’s Edge isn’t patently false.  But it is filled with rumor and innuendo that all too often turns out not to be true.

As an example of one such misleading claim, Midnight’s Edge just this past Tuesday released a legitimate interview with the legendary NICHOLAS MEYER (writer and director of Star Trek II and VI, among other films).  He was asked about his proposed Ceti Alpha V project for CBS, and here’s what he said…

Obviously, their “reporting” from last summer was completely wrong.  Meyer has now said that his project was only ever commissioned as three-night event and not a new TV series…and certainly not as a replacement for Discovery.

But let’s face it, when listening to that second video (from 2017), it’s hard NOT to assume that these rumors are true, right?  The narrator’s voice just sounds so sure and confident.

In a perfect world, Midnight’s Edge would report only verifiable facts and not rumors and speculation.  But then the world wouldn’t be so perfect for Midnight’s Edge…which I’m certain would not have nearly as many views.

So once again, I advise folks to take what Midnight’s Edge says with a healthy pile of salt and listen carefully and intelligently, not blindly accepting everything they tell you.

“The first duty of every Starfleet officer is to the truth!”  Picard said those eleven words to Wesley Crusher in season five of TNG, but for me those were words I’d already been living by for a quarter century.  I don’t hate much in my life, but I do hate lies.  It’s one of the reasons I call out Axanar detractors when they make up provable falsehoods and why I publicly correct even my own readers when they say things like James Cawley used crowd-funded donations to build his TOS sets (he didn’t).

So what do I think about MIDNIGHT’S EDGE?

For those of you who aren’t familiar with it, Midnight’s Edge (and its sister podcast Midnight’s Edge After Dark) is a YouTube channel made up of hundreds of videos—most of them very well-produced—from different voice-over “reporters”covering films and TV shows from the sci-fi, fantasy, horror, and superhero genres.  They bill themselves as “spin-free analysis of Hollywood corporate politics, film & comics.”

I will admit to only watching the videos they’ve made covering the behind-the-scenes “ugliness” of Star Trek: Discovery.  And as I said, the quality of their graphics, sound, background music, transitions, and the organization of information is extremely good.  I’m never bored and usually am quite engrossed for the entire extent of these 20-to-30 minute long videos.  And that’s probably part of the reason these folks typically get views in the tens or even hundreds of thousands (occasionally even cracking a million!).

But every time I watch an episode ofMidnight’s Edge, I have to stop and ask myself: “Is this really going on?”  I mean, it’s usually so JUICY—the intrigue, the back-biting, the incompetence, the panic at CBS!—that a cynical part of me certainly wants it to be true.  Those with a passionate dislike for CBS and Discovery will likely get an emotional rush of satisfaction to see things unraveling behind the scenes at All Access as the house of cards appears to be crashing down.

But is it all, in fact, true…or are fans being duped?