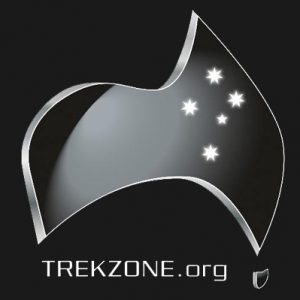 I’ll admit that I wasn’t too familiar with Trekzone.  I’d listened to the Mike Bawden/Carlos Pedraza interview (hardly the “smackdown” I’d expected) and I’d checked out the “controversial” interview with Christian Gossett (and again, I couldn’t figure out what all the hubbub was about on that one), but I’ll be honest that I haven’t had time to view much more than that.  Nevertheless, I certainly appreciated the opportunity to talk up SMALL ACCESS and get the word out.  I responded:

I’m always up for a good podcast, Matt! Is it live or recorded?  And what day and time would you need me?

I run ‘live to tape’ which is technically a pre record.  Would you be able to make it into my LA studio to record?  Let me know your thoughts then we can look at times.

Yeah, I live close by.

Alrighty, we could look at 1.30 Wednesday your time? (that’s 06.30 Thursday for me…)  I’ll send an email to the studio to check availability.

Two days later, he confirmed, and I showed up at the studio for my first international interview!

6 thoughts on “Jonathan Lane’s TREKZONE interview is already controversial…and it isn’t even out yet!”