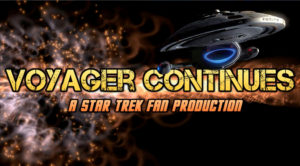 Late last year, STARFLEET STUDIOS (in Iowa) released the half-hour long Star Trek: Raven and, with it, introduced the world to the new VOYAGER CONTINUES fan series.  Set aboard the titular starship during its time traversing the Delta Quadrant, the series promises to eventually feature members of the entire USS Voyager crew.  Their first episode, a short film called “Derelict,” will focus on just two characters: Seven-of-Nine and Harry Kim. 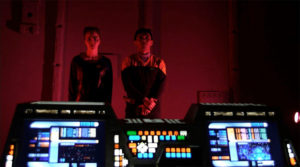 Last week, show-runner David Whitney began shooting scenes of “Derelict” with real physical sets (unlike the virtual CGI sets composited behind footage of actors in front of green screens).  And a few days ago, photos from that shoot were posted. 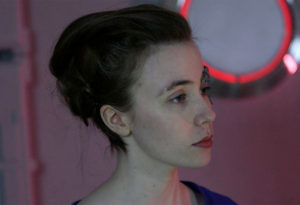 The first thing I noticed was that Seven-of-Nine’s hair was brunette, not blonde like actress Jeri Ryan had worn her hair when she played the character on Star Trek: Voyager.  Knowing that David Whitney had not been averse to using wigs (as his lead actress in Raven had filmed all of her scenes wearing a purple wig), I asked David why he hadn’t done the same thing for Seven-of-Nine? 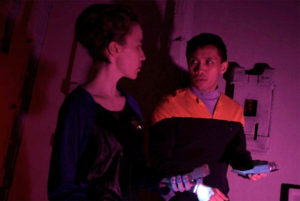 It would have looked lame.  I know people will complain.  I don’t care.  Seriously, a wig would have looked crazy.  Of course Raven’s wig was awesome.  Finding the actress with blue eyes was hard enough. Frankly, finding someone who could act, was pretty, and had the right kind of bone structure was a real find.  Brown hair?  No big deal.  Jeri Ryan is a brunette.  She dyes her hair.  No, I could just not bring myself to ask her to bleach her hair. I’m really happy with her.  What a nice lady.

You can see more photos from the shoot and follow the latest news for this new fan series on the Voyager Continues Facebook page. 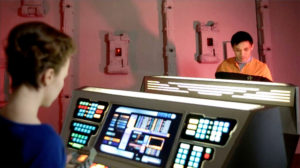