END_OF_DOCUMENT_TOKEN_TO_BE_REPLACED

Man, just when you thought we’d go at least a few days without a long AXANAR post!  But hell hath no fury like a pair of studios compelled by a judge to produce a ton of discovery documentation and new witnesses to depose.

So what the heck just happened?  Well, long story short, yesterday the plaintiffs attorneys in the case filed a 122-page ex parte (emergency) application for a judge’s order of relief while still in the discovery phase of the case.  Time was running out (discovery ends on Wednesday!) and the plaintiffs couldn’t wait to jointly approach the judge for a fast resolution.  And what are they trying to resolve?

Well, now it’s time for short story long.  Strap in, folks–’cause a LOT has happened in the last seven days!

END_OF_DOCUMENT_TOKEN_TO_BE_REPLACED 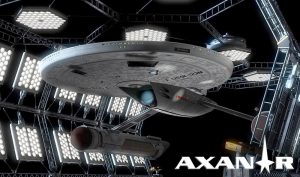 END_OF_DOCUMENT_TOKEN_TO_BE_REPLACED

I don’t usually get breaking news as it happens, but Judge Magistrate Charles Eick just ruled on the Axanar defense team’s motion to have the court compel discovery (force the studios to deliver documents they were refusing to produce for the defense to look over before trial).

I was in court myself observing this morning, and I hadn’t expected the judge to rule so quickly.  But Judge Eick understood that, with only 12 days left until the close of the discovery period, the clock was ticking.

His ruling JUST came out, and I don’t even have the full text yet.  All I have is this summary:

In short, Axanar got pretty much everything they wanted and the studios are going to have a VERY busy week ahead.

Now, I’m going to need a couple of days to parse this all out and translate it from legalese into lay-person’s English.  So please be patient.  (During that time, I’ve also Jayden’s karate class, soccer practice, a friend’s birthday, a soccer game, and a birthday party for one of Jayden’s classmates.  And so this is why I don’t blog professionally.)

But short summary: big win for Axanar during the discovery phase.  The actual trial is completely separate, but for right now, the defense is going to have a very happy weekend.

Yesterday, we began discussing the two documents filed by the opposing parties in the Axanar copyright infringement lawsuit last Friday.  (There’s actually three documents, but more on that later.)

Both of the new documents are significantly shorter than the 60-page Joint Stipulation document from the previous week that argued for and against the court to compel the studios to produce a boatload of documentation related tot he case.

While the plaintiffs’ supplemental memorandum was only a page and a half and repeated most of what they argued previously, the defense’s supplemental memorandum used the full five pages permitted by the court.  When last we left off, we were talking about President Gerald Ford.  No, seriously.  Go back and read yesterday’s blog, and then come back here to see how team Axanar‘s strategy is becoming much clearer now…

END_OF_DOCUMENT_TOKEN_TO_BE_REPLACED

Did you hear the fireworks last Friday afternoon? If you were in the Central District Federal Courthouse of the 9th Circuit, you might have!

As expected, both the Axanar defense team at Winston & Strawn and the CBS/Paramount legal team at Loeb & Loeb filed their brief supplements to their recent 60-page Joint Stipulation document to compel discovery that was filed on September 29th.  The deadline for adding anything to the original filing was the end of business last Friday, and things came right down to the wire!

Y’see, both sides wanted to get the last word in, so each waited as long as possible to file their supplemental memorandum.  But in the end, Winston & Strawn waited just a teensy bit longer and managed to adjust their filing slightly to address a couple of the points that the plaintiffs included in their supplement.

END_OF_DOCUMENT_TOKEN_TO_BE_REPLACED

I’m going to save some time and instead of summarizing Part 1, I recommend you read it, if you haven’t already.  You can also link to the 60-page Joint Stipulation document that contains both  Axanar‘s Motion to Compel the studios to deliver the remainder of the documentation they initially asked for, and also the studios’ responses to those requests.

When last we left off, we were up to the third category of documentation requested by the defense (and not fully provided by the plaintiff)…