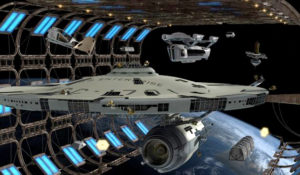 I’m a designer, not a programmer, dammit!  Well, I’m also a writer and a usability specialist…but coding?  That stuff is HARD, man!

You might remember that, a couple of weeks ago, I announced that FAN FILM FACTOR was no longer living as a sub-domain at fff.trekbloggers.com.  We had migrated this entire blog site–all TWO HUNDRED blog entries plus graphic files, videos, PDFs, etc.–onto my own domain server at fanfilmfactor.com.  And there was much rejoicing.

END_OF_DOCUMENT_TOKEN_TO_BE_REPLACED

Some of you may know the not-so-secret origin of FAN FILM FACTOR.  Back in 2015, I was writing a regular weekly blog for the Axanar website called “Fan Film Friday,” and it was becoming quite popular.  Shortly after the infringement lawsuit was filed, however, a couple of my interviewees requested not to appear on the Axanar website.  Other fan filmmakers were fine with being featured on the Axanar site, but I lamented the fact that I would no longer be free to feature all the fan producers that I wanted to.

I mentioned this concern to Alec Peters, and he suggested that I create a separate blog site independent of Axanar.  That way I could talk about anything I wanted…and arrange my content any way I wanted.  “But I have no idea how to set up a blog site,” I told Alec.  “Oh, don’t worry about that,” he said, “Mike Bawden can do it for you.”

END_OF_DOCUMENT_TOKEN_TO_BE_REPLACED

This is the first time I’ve ever been interviewed for a podcast, folks!  Please let me know how I did.

Here’s a link to the part of the podcast that deals with FAN FILM FACTOR: