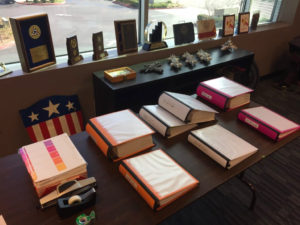 Last week, when I posted my blog editorial about Carlos Pedraza getting banned from Axacon, there were a LOT of comments posted.  One of them was a an impassioned post from ALEC PETERS himself, discussing Carlos’ obsession with both Alec and the Axanar Productions finances.  Alec’s post began with this…

I seriously considered telling Carlos to come to Atlanta and sit down and go through the detailed finances with me. I would even pay for my accountant from highly respected accounting firm Frazier and Deter to be there. But you know, it won’t change Carlos’ mind, and he would still twist it to serve his agenda. Facts don’t matter to him. He will lie, manipulate and twist anything as he has done for almost three years.

Just about anyone in the Axanar world, especially donors, are more than welcome to Axacon, which is meant to be a celebration of Axanar and our fans. And frankly, I would probably sit down with anyone to review our finances in detail and share everything if I was asked. But not Carlos. He and his minions have made up their minds and only the facts that support their world view will be accepted.

I replied—as I often do—with a short, humorous little comment:

Hey, why not schedule a panel to show the full Axanar financials to everyone except the detractors? You could project them onto the big screen in the panel room! 🙂

I actually wasn’t serious, but Alec wrote me back and said that he LOVED the idea!  Now he just needed to figure out how to do it…

END_OF_DOCUMENT_TOKEN_TO_BE_REPLACED 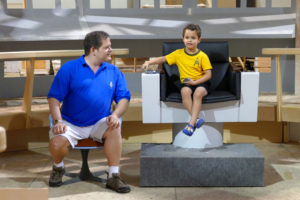 Fan Film Factor has sorta become an unofficial meeting ground where Axanar supporters can get together, kick back, relax, and then tear into each other like rabid dogs.

Actually, we try to keep it mostly civil (with varying amounts of success and failure), but once every so often, a post comes along that just gets me a’typin’ and speakin’ my mind!

Such a comment came in early Friday morning from a detractor by the name of JO MOINE.  I had published a blog on Wednesday providing coverage of the recent donor memo issued by AXANAR PRODUCTIONS outlining their future plans and finally releasing their financial statement.  While some of the detractor comments were (not surprisingly) snarky, Jo Moine took it one step further.  She wrote:

Somehow that doesn’t make me feel any better. Can’t actually put my finger on why, though. Oh wait – Alec blew $1.4 million with little to show for it, and is asking for more money. Why would anyone think he would manage more money wisely at this point? If you are thinking of giving him more, Jonathan – please don’t. Think of the children!

“Think of the children!” she said.  Perhaps the comment was simply meant to be flippant, but having a six-year-old son myself, I seldom take any call to “think of the children” lightly.  And so I took a good, long look at myself…because what Jo was asking me to do had produced such a profoundly visceral reaction that I wondered why I felt so strongly.  Am I really just following a leader with my blinders on into financial oblivion?  Was I duped.  If I can’t justify my loyalty to this project and put the reasons into words, maybe I should just follow Jo’s advice…

So I asked myself: why am I still so loyal to Alec Peters?  Why am I and thousands of other Axanerds still so supportive of this project when there’s dozens and dozens of detractors out there badgering us to just walk away and belittling us almost constantly for refusing to do so?

It didn’t take long to come up with my answer.  And if you’ve been having any doubts of your own, or if you just want some reassurance that the detractors are, after all, completely wrong in their disdain for this project, this is what I wrote back to Jo Moine…

END_OF_DOCUMENT_TOKEN_TO_BE_REPLACED 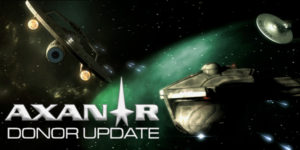 On Wednesday evening, I posted an update about AXANAR PRODUCTIONS‘ plans for the future, and I included some information about Industry Studios operating as a non-profit entity and being entirely separate from Axanar Productions.  I then received a number of posted comments correcting me that the DONOR MEMO issued by ALEC PETERS stated that it was Axanar Productions and not Industry Studios that was going to be the non-profit entity.

Not wanting to have incorrect information on my blog site, I reached out to Axanar PR Director MIKE BAWDEN yesterday and asked him to clarify for me which entity was going to be the non-profit one and how they would interact with each other.  Understand that I’ve been talking to Alec and Mike about their plans for the past several weeks, but not in great detail.  And in fact, some things were still in flux until very recently (such as the timing of the launch of the Kickstarter).  So I’d gotten a few things stuck in my head in the wrong way that I’d subsequently reported incorrectly in my previous blog, and now it’s time to make sure I get everything right!